Water plays an immense role in the lives of all species on Earth and it is considered as one of the most important substances in the world. Protecting and restoring water resources is essential, yet it can be challenging.

Have you ever wondered where the clean water comes from – the water that we consume? Or, what happens to it after it goes down the drain?

A tour through Maynliad’s facilities for water, sewerage and septage treatments shows just this. The ECCI and Assist teams visited the La Mesa Water Treatment Plant 1 in Balara and the Veteran’s Sewerage and Septage Treatment Plant in Project 7 to learn about the process.

One of the oldest water treatment plants, commissioned in 1982, the La Mesa Treatment Plant 1 processes approximately 5,650 million cubic meters of potable water per day. It is distributed to millions of people throughout the West Zone of Metro Manila.

A Maynilad representative, Mr. Ralph Paguio, explained the inner workings of the treatment plant, and described how a water droplet from the clouds reaches the people for drinking. Then, the group proceeded to witness the water treatment facilities in action. The team learned about the processes like, how water sanitation works, such as pre-chlorination and the addition of various chemicals to treat the water. The group capped off the tour with a visit to the Project 7 wastewater plant. Once there, they were shown a short video regarding the journey of how wastewater treatment is handled in that facility, from large particulate matter separation to coagulation to flocculation to decantation. They were also shown where the different processes happen. Part of the learning experience was the strong odor inside the plant, which made the team to further understand the challenging process involved in wastewater treatment.

Water goes through a process of chlorination; screening for grit and other foreign materials; coagulation after being mixed with chemicals; flocculation to remove impurities; sedimentation and filtering to further clear the water; and finally post-chlorination to prevent the water clean from being contaminated as it is distributed through pipes across Metro Manila.

Sewerage and septage, on the other hand, begins with wastewater being piped from households to a sewerage and septage treatment facility. Apart from wastewater, septage is collected from households using tankers. These are both treated in a similar fashion as what goes on in the water treatment plant in Balara, with the addition of separating large amounts of organic material called bio-solids, these are later hauled away and further treated by another company before using it for their own purposes.

Throughout the tour, the Maynilad personnel explained how water courses from the rivers in North Luzon to this treatment plant in Quezon City and how this water is treated to ensure water is drinkable. What interested the team the most was the fact that the water treated by Maynilad is completely drinkable, even tap water! Out of the all the water available in the world, only less than 1% of the water is drinkable. And yet, Maynilad treats the water from the rivers in North Luzon and processes it into drinkable water.

At the end of the day, the tour gave us more appreciation of something we tend to take for granted. Processing water to be clean and safe has its challenges, whether it is for human consumption or before putting it back in the environment where it came from. All of us, in our little way, should never waste water and instead, try our best to save this precious, life-giving resource. 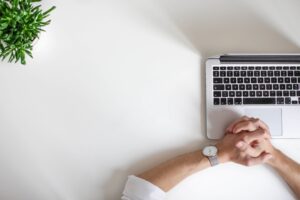